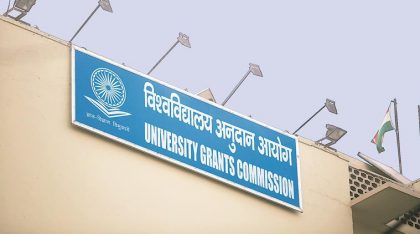 The Human Resource Development Ministry has awarded the status of Institute of Eminence to IIT-Madras, IIT-Kharagpur, Delhi University, Banaras Hindu University and University of Hyderabad.

Four private universities – Vellore Institute of Technology, Amrita Vishwa Vidyapeetham, Jamia Hamdard and Kalinga Institute of Industrial Technology – were issued Letters of Intent to grant them the status. The new greenfield Bharti Institute, a project of Airtel’s Satya Bharti Foundation, has also been issued the letter.

The Ministry took the action, following a recommendation from the University Grants Commission (UGC).

Each university will be required to sign a Memorandum of Understanding with the Ministry, laying out its plan to achieve the objective of becoming a world-class institution.

The public institutions on the list will then be eligible for a government grant of ` 1,000 crore.

Four other institutions, which had also been recommended by the UGC, require the State governments to act before they can be awarded the status. The Tamil Nadu and West Bengal governments must commit themselves to contributing half of the funds required for Anna University and Jadavpur University.

The Uttar Pradesh and Haryana Assemblies must pass legislation to end the private university status of Shiv Nadar University and OP Jindal University, so that they could receive the new status of IoE Deemed Universities.

These institutions will not be subject to UGC inspections, and are free to set their own courses and curriculum, fee structure and merit-based admission systems.

They will have complete academic, administrative and financial autonomy.

In 2017, the University Grants Commission (UGC) started inviting applications from universities who conformed to the set of guidelines provided by them in order to be granted the eminence tag.

The need for creating a separate category of universities which will be regulated differently from other universities came about because of the fact that none the Indian universities were placed in World University Rankings.

The objective behind the tag of eminence was to give 20 universities (10 public and 10 private), wide-ranging autonomy by the government in administrative and financial matters so that they can emerge as world-class universities over a reasonable period of time and be ranked among the top 500 of any of the world-renowned ranking frameworks in the first 10 years of being declared Institute of eminence.

The government universities would be further given financial assistance to the amount of
` 1000 crore for fulfilling the said objectives.

Which institutes were eligible for applying for IOE tag ?

2.   Top 500 in internationally recognised ranking like the Times Higher Education World University Rankings or QQS or SJTU (Shanghai’s Jiao Tong University) would also be eligible for inclusion in the programme.

Public institutes eligible to apply to be ‘Institutes of Eminence’ :

Institute of National importance such as IITs, NITs etc.

State universities set up under a law made by legislative assembly of a state.