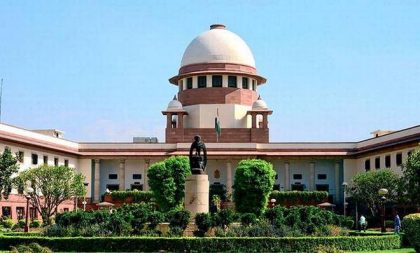 During the P.V. Narasimha Rao government a special law to freeze the status of places of worship as they were on August 15, 1947 was enacted in 1991.

“We see this Bill as a measure to provide and develop our glorious traditions of love, peace and harmony,” the then-Home Minister,
S.B. Chavan, said in the Lok Sabha on September 10, 1991. “The country’s tradition of amity and harmony came under severe strain during the pre-Independence period. After Independence, we have set about healing the wounds of the past and endeavoured to restore our traditions of communal amity and goodwill to their past glory,” he said.

The Act declares that the religious character of a place of worship shall continue to be the same as it was on August 15, 1947. It says no person shall convert any place of worship of any religious denomination into one of a different denomination or section. It declares that all suits, appeals or any other proceedings regarding converting the character of a place of worship, which are pending before any court or authority on August 15, 1947, will abate as soon as the law comes into force. No further legal proceedings can be instituted.

However, there is an exception to the bar on instituting fresh proceedings with regard to suits that related to conversion of status that happened after August 15, 1947. This saves legal proceedings, suits and appeals regarding chance of status that took place after the cut-off date. These provisions will not apply to ancient and historical monuments and archaeological sites and remains that are covered by the Ancient Monuments and Archaeological Sites and Remains Act, 1958; a suit that has been finally settled or disposed of; and any dispute that has been settled by the parties or conversion of any place that took place by acquiescence before the Act commenced. The Act does not apply to the place of worship commonly referred to as Ram Janmabhoomi-Babri Masjid in Ayodhya. This law will have overriding effect over any other law in force, it said.

Anyone who defies the bar on conversion of the status of a place of worship is liable to be prosecuted. The Act provides for imprisonment up to three years and a fine for anyone contravening the prohibition. Those abetting or participating in a criminal conspiracy to commit this offence will also be punished to the same extent, even if the offence is not committed in consequence of such abetment or as part of the conspiracy.

Supreme Court referred to this Act in its Ayodhya judgment : In its verdict, the Supreme Court commended the enactment as one that preserved the constitutional value of secularism by not permitting the status of a place of worship to be changed. The state has, by enacting the law, enforced a constitutional commitment and operationalised its constitutional obligations to uphold the equality of all religions and secularism, which is a part of the basic features of the Constitution. It said the Places of Worship Act “imposes a non-derogable obligation towards enforcing our commitment to secularism.” The court observed that “non-retrogression is a foundational feature of the fundamental constitutional principles, of which secularism is a core component.”

It took note of attempts to change the character of places of worship by people taking law into their own hands, citing historical events. “Historical wrongs cannot be remedied by the people taking the law in their own hands. In preserving the character of places of public worship, Parliament has mandated in no uncertain terms that history and its wrongs shall not be used as instruments to oppress the present and the future,” it observed.