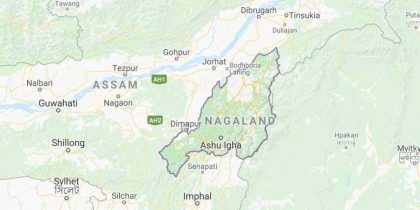 The deadline set by the Centre for wrapping up the Naga peace talks, October 31, arrives this week. While the Centre’s interlocutor and now Nagaland’s Governor, R.N. Ravi, has stressed that the government intends to meet the deadline, some key issues remain unresolved with the National Socialist Council of Nagalim (Isak-Muivah), or NSCN(I-M).

The talks seek to settle disputes that date back to colonial rule. The Nagas are not a single tribe, but an ethnic community that comprises several tribes who live in the state of Nagaland and its neighbourhood. One key demand of Naga groups has been a Greater Nagalim that would cover not only the state of Nagaland but parts of neighbouring states, and even of Myanmar.

The British had annexed Assam in 1826, in which they subsequently created the Naga Hills district and went on to extend its boundaries. The assertion of Naga nationalism, which began during British rule, has continued after Independence, and even after Nagaland became a state. Along the way, the unresolved issues gave rise to decades of insurgency that claimed thousands of lives, including of civilians.

The earliest sign of Naga resistance dates back to 1918, with the formation of the Naga Club. In 1929, the Club told the Simon Commission “to leave us alone to determine for ourselves as in ancient times”.

In 1946, Angami Zapu Phizo formed the Naga National Council (NNC), which declared Naga independence on August 14, 1947, and then, in 1951, claimed to have conducted a referendum in which an overwhelming majority (99.9%) supported an independent Naga state.

By the early 1950s, the NNC had taken up arms and gone underground. The NNC split in 1975, the breakaway group being the NSCN, which split further in later years, most prominently into the NSCN(I-M) and NSCN (Khaplang) in 1988.

Before the ongoing talks, which followed a framework agreement in 2015, there were two other agreements between Naga groups and the Centre.

1997 : The NSCN(I-M ) signed a ceasefire agreement with the government in 1997, preceded by rounds of talks since 1995. The key agreement was that there would be no counter-insurgency offensive against the NSCN(I-M), who in turn would not attack Indian forces. The NSCN(I-M) had then announced to “every citizen of Nagalim wherever they may be”, that a ceasefire agreement was entered into between the Government of India and the outfit “to bring about a lasting political solution to the long drawn out Indo-Naga issue”.

2015 : In August that year, the Centre signed a framework agreement with the NSCN(I-M). Prime Minister Narendra Modi described it as a “historic agreement” towards settling the “oldest insurgency” in India. This set the stage for the ongoing peace talks. In 2017, six other Naga armed outfits under the banner of the Naga National Political Groups (NNPGs) joined the talks.

Today, Muivah remains the senior-most Naga rebel leader. Isak died in 2016. In the NSCN(K), its leader Khaplang died in 2018.

The government has not yet spelt out the details in public. Following the agreement, the government had said in a press statement: “The Government of India recognised the unique history, culture and position of the Nagas and their sentiments and aspirations. The NSCN understood and appreciated the Indian political system and governance.”

On the other hand, the NSCN(I-M) issued a statement earlier this year that said, “Nagaland State does and will not represent the national decision of the Naga people.” The statement was in opposition to the proposal for a Register of Indigenous Inhabitants of Nagaland (RIIN) in the state of Nagaland.

In 2018, official sources had said that the accord being finalised “does not change the boundary of states; provides autonomous Naga territorial councils for Arunachal Pradesh and Manipur; a common cultural body for Nagas across states; specific institutions for state’s development, integration and rehabilitation of non-state Naga militia and the removal of the Armed Forces Special Powers Act”.

The map of Greater Nagalim in the NSCN(I-M) vision, on the other hand, covers a
1,20,000 sq km sprawl across the Northeast and Myanmar –  the area of Nagaland state itself is only 16,527 sq km, a fraction of this vision. Amid the anxiety this has caused among citizens in neighbouring states, state governments have assured them that their respective states’ territorial integrity would not be compromised.

Before the framework agreement, the Nagaland Assembly itself had endorsed the demand for “integration of all Naga-inhabited areas” as many as five times – in December 1964, August 1970, September 1994, December 2003 and on July 27, 2015.

The government and the NSCN(I-M) have failed to agree on issues relating to a separate Naga flag and a constitution. In its latest statement, the NSCN(I-M) has said it will not budge from the demand for the flag and the constitution – and that it is looking for a lasting solution.

Earlier this month (October), a statement from Governor’s office said the government is determined to “honourably conclude” the Naga peace talks and it has reached a conclusion stage. But it noted: “Unfortunately at this auspicious juncture, the NSCN(I-M) has adopted a procrastinating attitude to delay the settlement raising the contentious symbolic issues of separate Naga national flag and constitution on which they are fully aware of the Government of India’s position. They have mischievously dragged in the Framework Agreement and began imputing imaginary contents to it.”

The statement from the Governor’s office has given rise to speculation that the government is ready to sign a final peace agreement with other groups without the NSCN(I-M), the largest group, and with which the talks had begun in the first place. Civil society groups in Nagaland are divided in their opinion. Some have said the talks should be wrapped up with whatever is offered now and keep other issues open for later negotiations; others believe all issues should be settled and the NSCN(I-M) should be on board, even if it takes longer than the deadline.