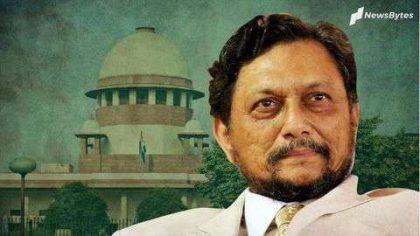 Justice Sharad Arvind Bobde was appointed the next Chief Justice of India (CJI) on 29 October 2019 after President Ram Nath Kovind signed the warrant of his appointment.

The 63-year-old judge will take oath as the country’s 47th CJI on November 18 and will have a tenure of 17 months until April 23, 2021. As per convention, CJI Ranjan Gogoi, who will demit office on November 17, had recommended the name of Justice Bobde – the most senior judge of the Supreme Court – to succeed him.

Justice Bobde is part of the five-judge Constitution Bench that will soon deliver the judgment in the Ram Janmabhoomi-Babri Masjid title dispute case.

Justice Bobde, appointed the 47th Chief Justice of India by the President, has shown his propensity for practical and amiable resolutions twice recently.

It was Justice Bobde on the Constitution Bench who first pushed for mediation of the Ayodhya dispute in order to “heal hearts and minds”.

Again, in the long-drawn BCCI dispute, Justice Bobde took the practical path. Rather than countless court hearings, in a case which seemed to grow new branches of dispute every time, Justice Bobde appointed an amicuscuriae to resolve the problems of the stakeholders and ordered the holding of elections in the BCCI. This he accomplished in a handful of hearings.

His notable judgments include his opinion upholding privacy as a fundamental right. He wrote that the first and natural home for a right of privacy is in Article 21 at the very heart of ‘person liberty’ and life itself’. “There are innumerable activities which are virtually incapable of being performed at all and in many cases with dignity unless an individual is left alone or is otherwise empowered to ensure his or her privacy”, he wrote.