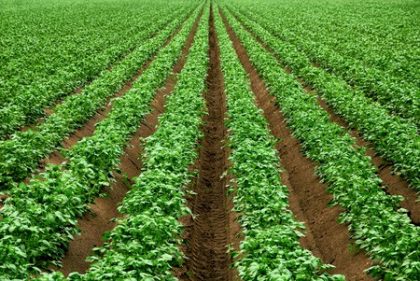 Tamil Nadu has become the first State in the country to enact a law on contract farming with President Ram Nath Kovind giving assent to the Agricultural Produce and Livestock Contract Farming and Services (Promotion and Facilitation) Act.

The State Government in an official release said the law would safeguard the interests of farmers during times of bumper crop or when market prices fluctuate. They would be paid a pre-determined price, which had been arrived at the time of signing agreements with buyers.

Such agreements would have to be registered with designated officers from the Department of Agricultural Marketing and Agri Business.

A six-member body, called the Tamil Nadu State Contract Farming and Services (Promotion and Facilitation) Authority, would be formed to ensure proper implementation of the Act and make suggestions to the State Government for promotion and better performance of contract farming.

Farmers could get support from purchasers for improving productivity by way of inputs, feed and fodder and technology. Also, farmers engaged in rearing of livestock for scale of economy in production and post-production activities would be covered. The latitude of the contracts may include “holistically from pre-production to post-production”.

However, any produce, banner by the Centre or State Government or the Indian Council of Agricultural Research, would not be covered under contract farming.

The formulation of the Act is based on a model law prepared by the Central Government, which consulted various stakeholders, including State Governments. In its budget for 2018-19, The Tamil Nadu government announced that is would come out with one such law. In February 2019, the Assembly adopted the bill.

The existing law neither prohibited nor permitted contract farming. “The latest law is a progressive reform in agricultural marketing”.

Already, the State Government had amended the 1987 law to permit e-trading.

It ensures buyers to get assured supply at predetermined price

All contracts will be registered

Nature of ownership of farm lands will remain intact

Contracts will cover only purchase of produce. It also allows inclusion of production activities such as supply of material inputs.

Tamil Nadu State Contract Farming and Services (Promotion and Facilitation) Authority will be set up to ensure proper implementation.

Dispute Settlement Committees will be formed at the level of revenue sub-division. District Collectors and Authority will function as appellate and review authorities.

Rice, wheat, pulses, oilseeds, vegetables and fruits have been brought under law’s ambit.