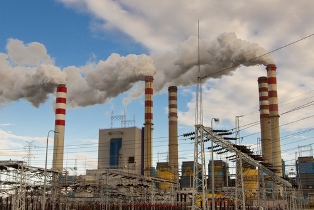 Tamil Nadu is the highest emitter of anthropogenic sulphur dioxide, generated chiefly from coal-fired power plants and oil refineries, in the country. Furthermore, Chennai is the seventh highest SO2 emission hotspot in the country, reveals the latest report by global environmental organization Greenpeace.

The ‘Global SO2 emission hotspot database’ analyses satellite data of National Aeronautics and Space Administration (NASA) to identify major pollution hotspots and their contributing sources. Out of the total SO2 emissions detected by the satellite, 60% are found to have been human made with coal burning, oil refining and smelting being major contributors.

According to the report, India is the world’s largest emitter of deadly SO2 generated from human activities. It further states that the country contributes more than 15% of global anthropogenic SO2 emissions, with the main reason being “expansion of coal-based electricity generation over the past decade”.

Being a reactive pollutant, the SO2 reacts with other air pollutants to form sulfate particles and makes a significant part of particulate matter (PM2.5) which has the largest public health impact. It is estimated that SO2 commonly makes more than 10% of the deadly fine particles in India and China.

The analysis reveals that in Chennai, the annual SO2 emission (2018) is 215 kilotonnes per year (kt/year) which is nearly five times than that of Mumbai. The city has also been ranked at 29th among the world’s biggest hotspots of the deadly pollutants.

The major contributor of SO2 identified by the researchers is North Chennai thermal power station.

Sulphur dioxide (SO2), a significant contributor to air pollution, may be within the national ambient air quality standard in all major cities in India, but the country is the largest cumulative emitter of this pollutant in the world and thus prone to being a victim of a cocktail of several toxic air pollutants.

As a reactive pollutant, SO2 reacts with other air pollutants to form sulphate particles and makes a significant part of particulate matter (PM2.5), which has the largest public health impact. It is estimated that SO2 commonly makes up more than 10% of the deadly fine particles in India and China.

Though Russia’s Norilsk smelter complex is the largest individual SO2 emission hotspot, India figured at the top, contributing more than 15% of all anthropogenic sulphur dioxide globally in 2018. The primary reason for the country’s high emission output is the expansion of coal-based electricity generation over the past decade.

These are the findings of a new report by Greenpeace, a global environmental NGO, which analysed sulphur dioxide hotspots detected by US space agency Nasa’s OMI (Ozone Monitoring Instrument) satellite. It shows Russia is the second largest cumulative emitter of sulphur dioxide followed by China, Mexico, Iran, Saudi Arabia and South Africa.

Analysis of ambient air quality data by the Central Pollution Control Board (CPCB), India’s national pollution watchdog, however ; shows that sulphur dioxide levels were within the acceptable limits in all 50 major cities, including Delhi, Mumbai, Bengaluru, Chandigarh, Kolkata, Pune and Kanpur, in the country during 2016-18.

IIT Kanpur report on air pollution in Delhi, compiled in 2015, also highlighted this  fact by mentioning that 90% reduction in SO2 from power plants within 300 km of the capital will result in reduction of approximately 35 micrograms per cubic metre of PM2.5.

The report noted that among the major emitters of SO2, China has been able to reduce emissions rapidly by dramatically improving emissions standards for its power plants and enforcing sulphur dioxide controls.

“This report makes it clear that we cannot give coal power plants a free hand to continue polluting and keep leading to a health emergency situation in India due to air pollution”, said Pujarini Sen, senior campaigner at Greenpeace, in a statement.