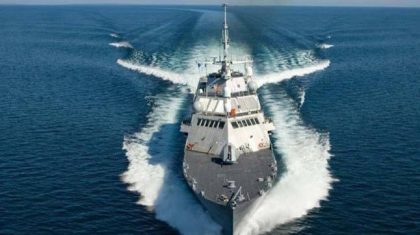 Both sides underscored the importance of increased co-operation between two close maritime neighbours for ensuring maritime safety and security.

The commencement of this bilateral naval exercise marks a significant forward step in the operational engagement between the two navies following the Ind-Indo Corpat which have been ongoing since 2002. INS Rana
(a destroyer class vessel) commanded by Capt Arun Deswal had participated from the Indian Navy and from the Indonesian Navy the units that participated include KRI Sultan Iskandar Muda and Maritime Patrol Aircraft.

The exercise would be held in two phases: the harbour phase and followed by the sea phase. During the harbour phase there will be course deck visits and discussions between experts in areas of mutual interest including communication inter-operability. During the sea phase, the ships will conduct various activities pertaining to maritime safety and security, including Search and Rescue as well as procedures of investigating and engaging various types of hostile platforms at sea.

The 6th edition of the bilateral army exercise Garuda Shakti was held in Indonesia earlier this year (2019), and discussions are also ongoing for conduct of bilateral Air Force Exercise later next year.