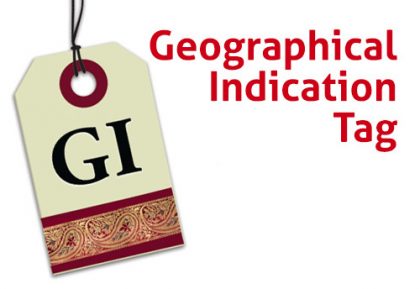 Rasagola : Odisha has bagged the much-awaited Geographical Indication Tag for the popular dessert – the Rasagola. On 29th July, the Registrar of Geographical Indications issued a certificate registering the confectionary as ‘Odisha Rasagola’, officially recognising the product as distinctive to the state. The move comes a year after West Bengal got the GI tag for its popular Banglar Rasagola. For several years, both states waged a bitter battle over the origin of the delicacy. West Bengal claimed the rasagola came from the state’s Nadia district. It was appreciated as being a treasure of Bengal by Rakhaldas Adhikari in his poem Rasikata in 1896. While Odisha asserted that the reference of rasagola was found in the late 15th century, Odia Ramayana written by Balaram Das. Now, both states have been given the GI tag for their respective variants of the sweet, recognising two distinct varieties in taste and texture.

Palani Panchamirtham : Palani Panchamirtham, a prasadam which is a main offering in the Abhishekam of Lord Dhandayuthapani Swamy, the presiding deity of Arulmigu Dhandayuthapaniswamy Temple, situated in Palani Hills. It is a combination of five natural substances – banana, jaggery, cow ghee, honey and cardamom in a definite proportion. It is prepared in a natural method without addition of any preservatives or artificial ingredients and is well known for its religious fervour and gaiety. “This is the first time a temple ‘prasadam’ from Tamil Nadu has been bestowed with the GI tag”.

Tawlhlohpuan : Tawlhlohpuan, a medium to heavy, compactly woven, good quality fabric from Mizoram is known for warp yarns, warping, weaving and intricate designs that are made by hand. Tawlhloh, in Mizo language, means ‘to stand firm or not to move backward’. Tawlhlohpuan, which holds high significance in the Mizo society, is produced throughout the state of Mizoram. Aizawl and Thenzawl town are the main centre of production.

Mizo Puanchei : Mizo Puanchei, a colourful Mizo shawl/textile is considered as the most colourful among the Mizo textiles. It is an essential possession for every Mizo lady and an important marriage outfit in the state. It is also the most commonly used costume in Mizo festive dances and official ceremonies. The weavers insert the designs and motifs by using supplementary yarns while weaving to create this beautiful and alluring textile.

Tirur betel : Tirur betel vine from Kerala, which is mainly cultivated in Tirur, Tanur, Tirurangadi, Kuttippuram, Malappuram and Vengara block panchayaths of Malappuram district, is valued both for its mild stimulant action and medicinal properties. Even though it is commonly used for making pan masala for chewing, it has many medicinal, industrial and cultural usages and is considered as a remedy for bad breath and digestive disorders.

Dindigul lock : The famous Dindigul locks are known throughout the world for their superior quality and durability, so much so that even the city is called Lock City.

Kandangi Saree : The Kandangi saree, manufactured in Karaikudi taluk in Sivanganga district. GI tag for the Kandangi saree will help revive lost patronage. The original Kandangi saree is manually made using a winding machine, loom, shuttle and bobbin. It is a team effort of the families who live in the town of karaikudi and it forms part of their livelihood. These sarees are characterised by the large contrast borders, and some of them are known to have borders covering as much as two-thirds of the saree.

The sarees are usually around 5.10 meters – 5.60 meters in length. The Kandangi sarees exude brilliant colours like bright yellow, orange, red and a minimal black in the traditional pattern of stripes or checks with broad borders woven in coarse cotton. Over the years, more interesting colours have been introduced for the saree, which is worn in a particular manner.