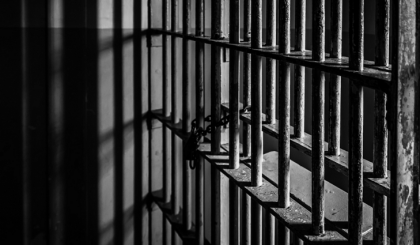 Tamil Nadu has reported the lowest occupancy rate in prisons compared to other large States in the country. National Crime Records Bureau (NCRB) data for the year 2017 revealed that the State has 61.3% occupancy rate, while Uttar Pradesh topped the list of inmates with 165%, followed by Chhattisgarh with 157.2%.

Though Tamil Nadu witnesses the largest number of public agitations, the number of prisoners being low is attributed to a variety of reasons.

The State has 138 jails, including nine central prisons, which is the highest in the country. Hundreds of convicts, mostly those serving life imprisonment, are given remission of sentence and released from prisons on special occasions.

NCRB data showed that the capacity of prisons in Tamil Nadu was for 22,792 inmates, while the number of inmates was 13,969, including 601 women and 112 foreign nationals. A majority of the inmates were undertrials, accounting for 56.9% of them. While Kerala had one Borstal School with an occupancy of 74.44%, Tamil Nadu registered 36.99% occupancy in 12 Borstal Schools.

An increase in awareness of human rights, affordability to engage lawyers and advent of modern communication technology are also seen as reasons for suspects getting enlarged on bail of late. In 10 cases, the prisoners completed their term of sentence but continued to remain in jail for non-payment of fine imposed by the court after conviction in the case. Among inmates in Tamil Nadu prisons, six were facing capital punishment, 2,495 life imprisonment and others were serving various terms. Tamil Nadu and Uttar Pradesh stood second in the country in the number of escapees, with 22 of them fleeing from prison or police custody. Gujarat had the maximum of 46 escapees. As regards offences against Scheduled Castes and Scheduled Tribes punishable under the SC/ST Prevention of Atrocities Act, 1989, Tamil Nadu ranked third after Uttar Pradesh and Rajasthan.