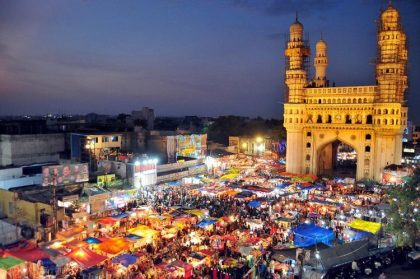 Hyderabad, the city of biryanis, kebabs, haleem, kallu, shikampur and chowki dinners, has now been officially designated as a Unesco Creative City of Gastronomy. Hyderabad is among the 66 cities named by the UNESCO in the list of new Creative Cities which aims at pushing the Sustainable Development Goals through innovative thinking and action.

It is among the 2 cities from India in list of 66 cities, other being Mumbai in Film category.

“Pre-Islamic Kakatiya cuisines (12th century) have interacted in an incredible fashion with the arrival of Turks in 15th century, followed by Mughal influences in the 17th century,” are the words in the dossier submitted by the Hyderabad delegation to UNESCO.

“Food is an integral part of the culture in Hyderabad. Till 1940, there were no restaurants. The food culture has been preserved in homes and royal kitchens.