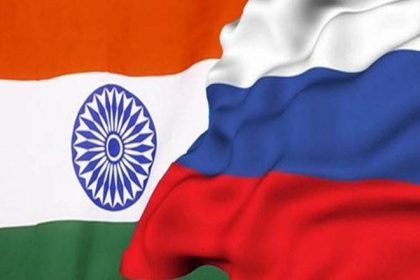 Indian credit of $1 billion to the Far East region of Russia has not only strengthened the ties between the two countries but India has rightly invested in the energy and mineral rich regions in Russia’s Far East. After from the defence tie-ups between the two, this investment is full of economic reason. This is the first time India has extended an Line of credit to another developing country (So far, such assistance was given only to least developed countries).

If properly implemented, India would be able to access new energy sources to reduce its Middle East dependence. A new maritime route from Chennai to Vladivostok with Arctic access is a big takeaway from the Modi-Putin fest, because, among other things, it creates connectivity in areas India hadn’t explored earlier. It has strategic implications for India expanding its maritime footprint to northeast Asia.

This investment has taken place in the background of increasing influence of China in this area. The Kashmir issue and threats of Pakistan which has tacit support from China whose Karakoram highway runs through Pakistani occupied Kashmir and China’s occupation in Aksai Chin area have necessitated a diplomatic move by India. Japan too has been trying to get Putin around to sign a peace agreement and may settle the islands issue. (Kurli island dispute – administered by Russia but claimed by Japan). Thus the encirclement of China by India’s friendly nations will soften China’s stand against India on several issues.

In the recent past, Russian investments in India has seen an upward trend from the fact that almost 47 companies in 11 sectors have invested in the past 24 months. But the collaboration with Russia in the field of science especially in the nuclear energy has not yielded the desired results. The repeated outages and troubles encountered in Kudankulam Atomic Power reactors have not deterred India to rethink on supply of 12 more nuclear reactors from Russia. The WWER, a pressurised light-water reactor and the RBMK, a graphite moderated light-water reactor in the Chernobyl are the models employed in Kudankulam also. Hence Indian government has to take tough decisions sooner or later on this. The persistent low oil prices in the past few years have dealt a death blow to Russian economy.

On the political front, both the countries have to focus their attention on Afghanistan in the aftermath of American troops withdrawal, as Afghanistan lies in between the two countries. One important fact that has kept the relationship between the two rosy is Kashmir issue. Whenever the Kashmir issue was brought to UNO, Russia (former USSR) never failed to cast ‘Veto’ to favour India.

“India is a strong power in the Indian Ocean with a serious interest in the Pacific Ocean, Russia is a strong Pacific power with an interest in the Indian Ocean. How the two countries can harmonise these interests – that’s the matter. We have such experience in the Eurasian space. It is important today to see where our (Indo-Russian) interests in mari-time cooperation can be translated into real interaction.

Both the countries thus have remained strong friends and they will remain.

EEF was established by a decree of the President of the Russian Federation, in 2015.

India was the first country in the world to open a consulate in Vladivostok. Engaging closely with East Asia was in line with India’s policy goal of “Act East”. This gives a new dimension to our (Indo-Russian) economic diplomacy. Among the participants in the Summit are India, Malaysia, Japan, Australia, and South Korea. In the last five years as many as 17 different countries have invested in the Far East. The region has its investment-friendly approach and vast reserves of natural resources.

The ‘Far East’ is the easternmost part of Russia. The macro-region borders 2 oceans, the Pacific and the Arctic, and 5 countries, China, Japan, Mongolia, the United States and the N.Korea. The Far East is rich in natural resources like diamonds, stannary, gold, tungsten, fish and seafood. About 1/3rd of all coal reserves and hydro-engineering resources of the Russia are available here.

What has the EEF achieved till now?

In the last five years, as many as 17 different countries have invested in the Far East, according to the EEF website. These include regional and global heavyweights like China, Japan, South Korea, Australia, New Zealand, and Vietnam. As a result, 20 advanced special economic zones and five free ports have been put in place. A total of 1,780 new investment projects, worth over 3.8 trillion rubles, and 230 new enterprises have become functional.

India’s interest in the EEF

Prime Minister Modi has described the EEF as a “historic opportunity” to give new impetus to the cooperation between India and Russia. He has said that the relationship between the two countries has special chemistry, even pointing out that Siberian cranes migrate to Gujarat.

Going beyond the bonhomie and historical ties, India is also a key customer of the Russian arms industry. In March, 2019 India entered into a joint venture with Russia to manufacture the legendary Kalashnikov assault rifles in India. In 2018, Russia sold the S-400 advanced air defence system to India.