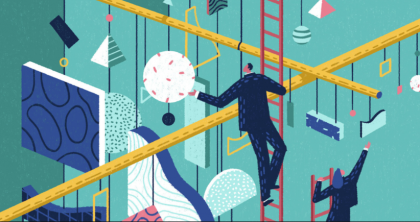 India has ranked 112th among 153 countries in their annual Global Gender Gap Index for 2020, published by the World Economic Forum (WEF). Iceland, Norway, and Finland occupy the top three spots in the Report. Now in its 14th year, the Report benchmarks countries on their progress towards gender parity in four dimensions: Economic Participation  and Opportunity, Educational Attainment, Health and Survival and Political Empowerment.

The analysis presented in the global Gender Gap Report 2020 is based on “a methodology integrating the latest statistics from international organizations and a survey of executives”, the WEF said. The Report aims to serve “as a compass to track progress on relative gaps between women and men on health, education, economy and politics”. Through this annual yardstick, the Report says, “stakeholders within each country are able to set priorities relevant in each specific economic, political and cultural context”.

Age of Women in companies’ Board of Directors (Top five countries in each category) in percentage.

Globally, the average (population-weighted) distance completed to gender parity is at 68.6% which is an improvement since last edition.

The largest gender disparity is in political empowerment. Only 25% of the 35,127 seats in parliaments around the world are occupied by women, and only 21% of the 3,343 ministers are women.

Projecting current trends into the future, the overall global gender gap will close in 99.5 years, on average, across the 107 countries covered continuously since the first edition of the Report. At the current pace, gender gaps can potentially be closed in 54 years in Western Europe, 59 years in Latin America and the Caribbean, 71.5 years in South Asia, 95 years in SubSaharan Africa, 107 years in Eastern Europe and Central Asia, 140 years in the Middle East and North Africa, 151 years in North America, and 163 years in East Asia and the Pacific.