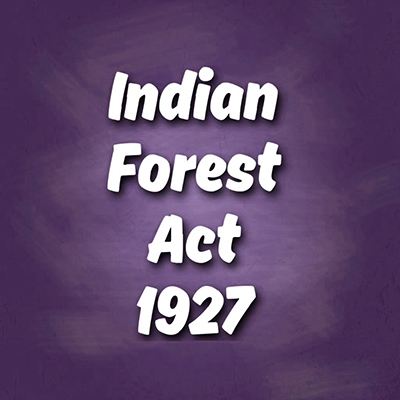 The Union Environment Ministry withdrew a draft amendment that proposed updates to the Indian Forest Act, 1927. Activist groups and some State governments had protested against this proposed law after it was mooted in March 2019.

The draft law had been sent to key forest officers in the States for comments and objections.

It drew flak from activities as well as tribal welfare organisations.

“Forest-officer not below the rank of a Ranger shall have power to hold an inquiry into forest offences and shall have the powers to search or issue a search warrant under the Code of Criminal Procedure, 1973.

The legislation also proposed a forest development cess of up to 10% of the assessed value of mining products removed from forests and water used for irrigation or in industries. This amount would be deposited in a special fund and used “exclusively for reforestation; forest protection; and other ancillary purposes connected with tree planting, forest development and conservation,” the draft document noted.