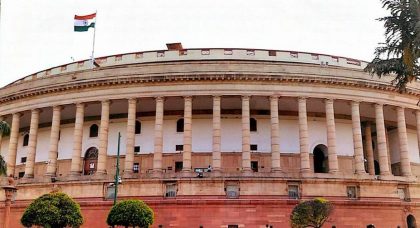 Almost six years after the Lokpal and Lokayuktas Act, 2013, was signed into law, several key provisions needed for the anti-corruption ombudsman to function have still not been operationalised. The process of constituting the Lokpal’s inquiry and prosecution wings has not yet begun, and regulations for how to conduct preliminary investigations have not been made, the Lokpal has said in response to RTI queries.

The term Lokpal was coined in 1963 but it was not until January 2014 that the Lokpal and Lokayuktas Act came into force. It was more than five years later, in March 2019, that the first chairperson and members of the Lokpal were appointed.

More than eight months later, the institution is functioning out of a government-owned hotel in Delhi. While it approved a logo and motto for itself last month, the Lokpal has not yet notified a format for filing complaints. Despite that obstacle, 1,065 complaints were sent to the Lokpal office. “After scrutiny, complaints that did not fall within the mandate of the Lokpal were disposed of and complainants have been informed accordingly”.

The Lokpal would find it difficult to investigate complaints that to fall within its mandate as it has no inquiry wing or regulations for inquiries. “The process of constitution of Inquiry Wing of Lokpal is yet to be initiated in consultation with the government of India”, the Lokpal’s office wrote on November 25, in response to RTI queries.

Section 60 of the Act gives the Lokpal the power to make regulations on “the manner and procedure of conducting preliminary inquiry or investigation”. It also deals with making regulations on the website display of the status of all complaints – pending or disposed – along with records and evidence. However, in response to an RTI query, the Lokpal said, “Till now, no regulations have been made by the Lokpal under Section 60”.

Similarly, asked about the setting up of a special wing to prosecute public servants for corruption, as mandated by the Act, the Lokpal’s office said, “The process of constitution of Prosecution Wing of Lokpal is yet to be initiated in consultation with the government of India.” The rules for the disclosure of assets and liabilities by public servants have not been notified either. This is a key provision as the amassing of assets disproportionate to the known sources of income is often the basis for a complaint. The draft rules of 2017 were referred to a Parliamentary Standing Committee, which submitted its recommendations to the government in July 2018. The Centre is yet to submit any Action Taken Report to the Rajya Sabha.