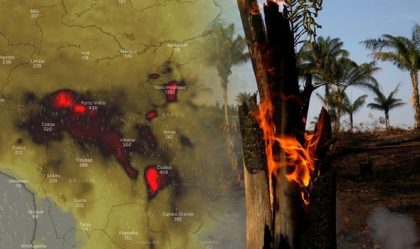 The Amazon is the world’s largest tropical rainforest. It covers 5.5 million square kilometres across the northern part of the South American continent. It is an ecological hotspot , which is now under severe threat by the raging forest fire.

Lungs of the earth :

The same is the case with our own Western Ghats North-Eastern Himalayan forests, which are equally, if not more important than the Amazon rainforests.