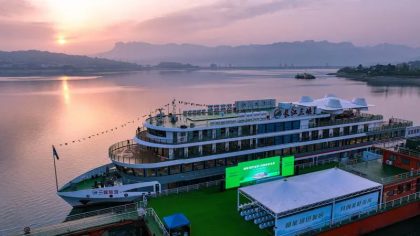 The largest electric cruise ship in the world has returned back to port in Yichang in central Hubei province, China after travelling up and down the Yangtze River for its maiden voyage.

This cruise ship has been powered by a 7,500-kilowatt-hour massive-sized marine battery. This battery has been provided by Contemporary Amperex Technology, the No. 1 battery manufacturer for electric cars in the world.

The developer of this ship, China Yangtze Power has plans to use this electric ship as the starting point for expanding the marine electric vehicle market in China.

The name of the ship is Yangtze River Three Gorges 1 and it is a 100 per cent electric cruise ship that has been developed and built in China. This ship is 16 meters wide and 100 meters long and has the capacity to carry around 1,300 passengers.