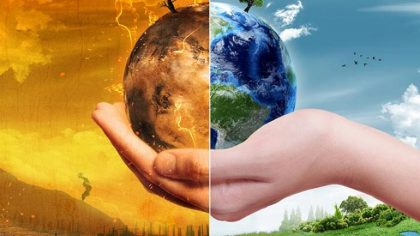 A rise in average temperatures across India would increase death rates by 10%, translating into an extra million and a half deaths by the end of the century, says a report by researchers based at The Climate Impact Lab, a collaboration of researchers from multiple U.S. universities and organisations. This level of mortality would result if greenhouse gas emissions continue to rise in the way they do today.

The analysis studies trends in mortality with the rise in temperatures in a range of countries and adjusts for future scenarios of more people getting richer and being able to adapt better to warming.

The researchers collected statistics on causes of death in 40 countries, including India, the United States, China, the European Union, Mexico, Brazil, Chile and Japan.

This was to cover a range of climate and economic conditions, and compute the extent to which exposure to increased heat would increase death. These deaths could be the result of exposure to heat strokes or increased cardiovascular risk.

If greenhouse gas emissions continue unabated, the average temperature in India is expected to increase from 24°Celsius today to 28°C by 2100.

Punjab has the highest annual average temperatures in India and the analysis finds that where current temperature trends to continue, 16 States are projected to be hotter than what Punjab is today. Odisha is expected to have the highest increase in the number of extremely hot days, rising from 1.6 in 2010 to 48.05 by 2100. Uttar Pradesh, Bihar, Rajasthan, Andhra Pradesh, Madhya Pradesh and Maharashtra are estimated to contribute 64% of the total excess deaths.

If steps are taken to cut emissions such that they peak by 2040 to prevent temperature rise exceeding 2°C over pre-industrial levels, the excess death rates due to heat could drop to 10 per 1,00,000, a nearly 80% decline from what India is currently heading towards, the report noted.