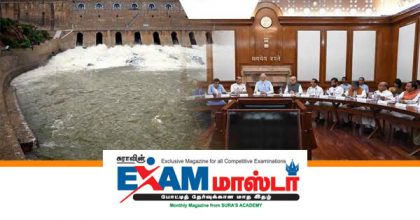 Disputes Resolution Committee : Under the Bill, when a state puts in a request regarding any water dispute, the central government will set up a Disputes Resolution Committee (DRC), to resolve the dispute amicably. The DRC will comprise of a Chairperson, and experts with at least 15 years of experience in relevant sectors, to be nominated by the central government. It will also comprise one member from each state (at Joint Secretary level), who are party to the dispute, to be nominated by the concerned state government.

The DRC will seek to resolve the dispute through negotiations, within one year (extendable by six months), and submit its report to the central government. If a dispute cannot be settled by the DRC, the central government will refer it to the Inter-State River Water Disputes Tribunal. Such referral must be made within three months from the receipt of the report from the DRC.