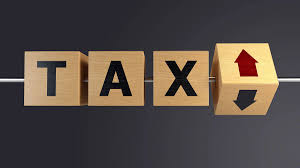 What is retrospective tax?

BACKGROUND: Finance Minister Nirmala Sitharaman introduced the Taxation Laws (Amendment) Bill in the Lok Sabha to nullify the tax clause provision that allows the government to levy taxes retrospectively. The government has been fighting legal cases against Vodafone and Cairn Energy on taxes it has claimed retrospectively on transactions these entities entered into relating to operations in the country. Both the U.K.-based companies have won international arbitration rulings that held the Indian government in breach of bilateral investment protection agreements with the Netherlands and the U.K. respectively.

It has also been proposed “to provide that the demand raised for indirect transfer of Indian assets made before 28th May, 2012 shall be nullified on fulfilment of specified conditions such as withdrawal or furnishing of undertaking for withdrawal of pending litigation and furnishing of an undertaking to the effect that no claim for cost, damages, interest, etc., shall be filed.