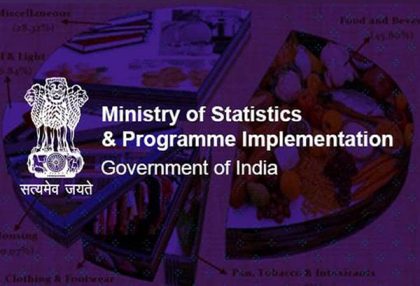 The latest National Statistical Office (NSO) survey on sanitation debunked the claims of an open defecation-free or ODF India made by the Centre’s flagship Swachh Bharat scheme, although it did record great progress in toilet access and use in rural areas.

The results, showed that about 71% of rural households had access to toilets at a time when the Centre was claiming 95% had access. On October 2, 2019, Prime Minister Narendra Modi declare that the whole country was ODF with complete access to toilets.

The survey was carried out between July and December 2018, with a reference date of October 1. Large States which had been declared ODF – that is, 100% access to toilets and 100% usage – even before the survey began included Andhra Pradesh, Gujarat, Maharashtra and Rajasthan. Others which were declared ODF during the survey included Jharkhand, Karnataka, Madhya Pradesh and Tamil Nadu.

According to the NSO, almost 42% of the rural households in Jharkhand had no access to a toilet at that time. In Tamil Nadu, the gap was 37%, followed by 34% in Rajasthan. In Gujarat, which was one of the earliest States declared ODF, back in October 2017, almost a quarter of all rural households had no toilet access, the NSO data showed. The other major States listed also had significant gaps : Karnataka (30%), Madhya Pradesh (29%), Andhra Pradesh (22%) and Maharashtra (22%).

In the first week of October 2018, the Swachh Bharat Abhiyan (Grameen) said 25 States and Union Territories had been declared ODF, while toilet access across the country touched 95%. In reality, the NSO said 28.7% of rural households had no toilet access at the time.

With regard to this data, the NSO noted, “There may be respondent bias in the reporting of access to latrine as question on benefits received by the households from government schemes was asked prior to the question on access of households to latrine”.

The NSO’s statistics on toilet usage were also encouraging. It said 95% of people with access to toilets in rural India used them regularly, indicating that the Swachh Bharat Abhiyan’s efforts to change behaviour had borne fruit.

Only 3.5% of those with toilet access in rural India said they never used them. This was aided by the fact that water was available around the toilet in more than 95% of cases.

NSO data indicated that the next big challenge may lie in the disposal of waste. More than 50% of rural Indian households with toilets had septic tanks, while another 20% used single pits, both of which need to be cleaned and produce faecal sludge that must be disposed of safely. Only 10% of toilets were built with the twin leach pit system pushed by the Swachh Bharat scheme, which safely composts waste on its own without any need for cleaning or disposal.