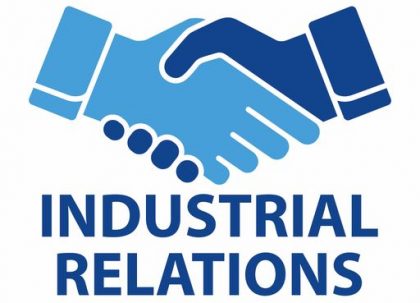 The Union Cabinet at a meeting chaired by Prime Minister Narendra Modi approved the Industrial Relations Code Bill, 2019, which aims to bring together and simplify provisions of three laws covering trade unions, industrial employment and disputes.

Announcing the decision, Finance Minister Nirmala Sitharaman said the “most important feature” of the Bill was that “fixed term employment, as opposed to contract that prevails widely today, has been given permission.”

She said while fixed term workers would continue to be employed seasonally, for example in the textile sector where more workers are employed to fulfil big orders, they would be “treated at par with regular workers” when it comes to providing benefits.

In a statement, the government said the Bill would pave the way for setting up a two-member tribunal for industrial disputes, instead of one, which would allow for some “important cases” to be “adjudicated jointly and the rest by a single member resulting in speedier disposal of cases.”

The Bill would also give flexibility for exit provisions, related to retrenchment, it said.

Around 75 operational National Highways projects have been identified for potential monetisation using the TOT Model, and bundled into 10 separate bids, says a statement.

The corpus thus generated will be used for developing, operating and managing new highways.