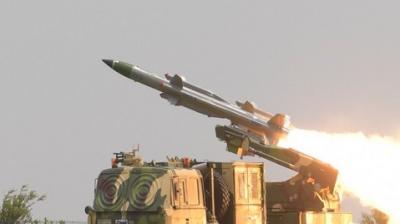 Among them are six additional P-81 long-range patrol aircraft to be procured from the U.S. for the Navy and additional indigenous Airborne Warning and Control System (AWACS) aircraft for the Indian Air Force (IAF).

As a follow-up to the successful indigenous Airborne Early Warning and Control (AEW&C) programme, the DAC revalidated the Acceptance of Necessity (AoN) for the procurement of additional AWACS aircraft, the Ministry said. “The mission system and sub-systems for these aircraft would be indigenously designed, developed and integrated into the main platform by the Defence Research and Development Organisation (DRDO).”

The IAF now operates three Israeli Phalcon AWACS and three smaller indigenous Netra AEW&C systems mounted on Embraer aircraft. A shortage of these force multipliers was felt during the aerial engagement with the Pakistan Air Force, a day after the Balakot air strike in February, 2019.

These platforms would provide on-board command and control and ‘early warning’, which would assist the IAF in achieving effective air space dominance in the least possible time, the statement said. The new systems are likely to be mounted on Air-bus aircraft.

The DAC approved the indigenous design, development and manufacture of ‘thermal imaging night sights’ for assault rifles, and these will be made by the “Indian private industry and used by troops deployed on the front line.” It also approved the procurement of twin-engine heavy helicopters for the Coast Guard.