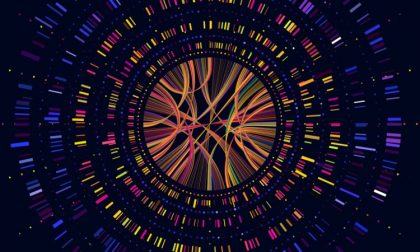 Introduction : The Council of Scientific and Industrial Research (CSIR) recently announced the conclusion of a six-month exercise (from April 2019) of conducting a “whole-genome sequence” of a 1,008 Indians. The project is part of a programme called “IndiGen” and is also seen as a precursor to a much larger exercise involving other government departments to map a larger swathe of the population in the country.

A genome is the DNA, or sequence of genes, in a cell. Most of the DNA is in the nucleus and intricately coiled into a structure called the chromosome. The rest is in the mitochondria, the cell’s powerhouse. Every human cell contains a pair of chromosomes, each of which has three billion base pairs or one of four molecules that pair in precise ways. The order of base pairs and varying lengths of these sequences constitute the “genes”, which are responsible for making amino acids, proteins and, thereby, everything that is necessary for the body to function. It is when these genes are altered or mutated that proteins sometimes do not function as intended, leading to disease.

Sequencing a genome means deciphering the exact order of base pairs in an individual. This “deciphering” or reading of the genome is what sequencing is all about. Costs of sequencing differ based on the methods employed to do the reading or the accuracy stressed upon in decoding the genome. Since an initial rough draft of the human genome was made available in 2000, the cost of generating a fairly accurate “draft” of any individual genome has fallen to a tenth, or around $1,000 (`70,000 approximately). It has been known that the portion of the genes responsible for making proteins – called the exome – occupies about 1% of the actual gene. Rather than sequence the whole gene, many geneticists rely on “exome maps” (that is the order of exomes necessary to make proteins). However, it has been established that the non-exome portions also affect the functioning of the genes and that, ideally, to know which genes of a person’s DNA are “mutated” the genome has to be mapped in its entirety. While India, led by the CSIR, first sequenced an Indian genome in 2009, it is only now that the organisation’s laboratories have been able to scale up whole-genome sequencing and offer them to the public.

Under “IndiGen”, the CSIR drafted about 1,000 youth from across India by organising camps in several colleges and educating attendees on genomics and the role of genes in disease. Some students and participants donated blood samples from where their DNA sequences were collected.

Globally, many countries have undertaken genome sequencing of a sample of their citizens to determine unique genetic traits, susceptibility (and resilience) to disease. This is the first time that such a large sample of Indians will be recruited for a detailed study. The project ties in with a much larger programme funded by the Department of Biotechnology to sequence at least 10,000 Indian genomes. The CSIR’s “IndiGen” project, as it is called, selected the 1,000-odd from a pool of about 5,000 and sought to include representatives from every State and diverse ethnicities. Every person whose genomes are sequenced would be given a report. The participants would be informed if they carry gene variants that make them less responsive to certain classes of medicines. For instance, having a certain gene makes some people less responsive to clopidogrel, a key drug that prevents strokes and heart attack. The project involved the Hyderabad-based Centre for Cellular and Molecular Biology (CCMB), the CSIR-Institute of Genomics and Integrative Biology (IGIB), and cost ` 18 crore.