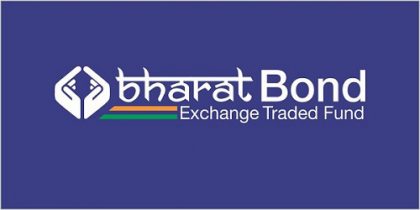 “Bharat Bond ETF would be the first corporate bond ETF in the country”, it added. The ETF will comprise a basket of bonds issued by the CPSEs, CPSUs, CPFIs and other government organisations and all will be initially AAA-rated bonds. Each ETF will have a fixed maturity date and initially they will be issued in two series, of three years and 10 years.

The low unit value of ` 1,000, it said, would help deepen India’s bond market as it will encourage the participation of those retail investors who are currently not participating in bond markets due to liquidity and accessibility constraints.

On the issuer sides, the bond ETFs are expected to offer CPSEs, CPSUs, CPFIs and other government organisations an additional source of meeting their borrowing requirements, apart from bank financing.

“It will expand their investor base through retail and HNI (high net worth individual) participation, which can increase demand for their bonds”, the government added. “With increase in demand for their bonds, these issuers may be able to borrow at reduced cost thereby reducing their cost of borrowing over a period of time”.