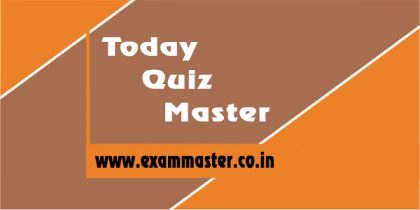 1. In which year Dupleix, the French Governor of Chandernagar was promoted as Governor of Pondicherry?

I.    Dupleix was born in France on January 23, 1697. He made several voyages to the America and India, and in 1720 was named a member of superior council at Bengal. In 1730 he was made superintendent of French affairs in Chandranagore, the town prospered under his administration and grew into great importance.

His reputation procured him in 1742 the appointment of governor general of all French establishments in India.

This war was an echo of the Austrian war of succession. In this First Carnatic War, the English and the French took opposite sides. They began to fight in India in 1746. Dupleix, the French Governor of Pondicherry had an ambition to establish French power in India.

Dupleix wanted to make the French Power supreme in South India. When the war started in Europe, Dupleix sent an appeal to La Bourdonnais, the Governor of Mauritius to capture Madras. He besieged Madras and captured it in 1746.

The Nawab of Carnatic Anwaruddin did not like this. So he sent an army against the French. At Santhome on the banks of the river Adayar. Anwaruddin’s army was defeated.

The First Carnatic War came to an end by the treaty of Aix-la-Chappelle (1748) As a result the English got back Madras.

The Second Carnatic War was connected with the succession disputes between the Nizam of Hyderabad and the Nawab of Carnatic.

In the Battle of Ambur Anwar-ud-din got defeated.

In Hyderabad, both Muzzafar jung and Nasir Jung died.

The French were able to raise Salabat Jung to the throne and got Northern Circars in return.

The Hero of Arcot, Robert Clive defeated Chanda Sahib and made Mohammed Ali as the Nawab of Arcot.

V.   The French fortunes were now at an ebb as their army and its generals had proved unequal to their English counterparts. In the end, the French Government, weary of the heavy expense of the war in India and fearing the loss of its American colonies, initiated peace negotiations and agreed in 1754 to the English demand for the recall of Dupleix from India. Dupleix left Pondicherry in 1754.

The Second Carnatic war came to an end with the Treaty of Pondicherry in 1754.

2. The earliest evidence of man in India is found in

Evidence of hominin (immediate ancestors of Homo Sapiens) fossil is rare in India. The only rare hominin fossil was found in Hoshangabad in M.P. A fossil was discovered in Athirampakkam. but now not available.

A hominid Skull cap was found in a basal conglomerate deposit in 1982. It is considered to represent the Archaic Homo Sapiens.

In Narmada Vally, animal fossils of pre-historic elephant skull was discovered. Skulls of wild cattle and of great horse-like animal were also found. The teeth of horses or asses and of water buffalo were found. 17 animal hoof prints have been uncovered at Athirampakkam.

4. Find out the wrongly matched from the following :

Article 14 states that “the State shall not deny to any person equality before the law within the territory of India”. Broadly speaking, it means the equality of all in the eyes of law. All persons are equally subject to the ordinary laws of the land administered by the ordinary courts of law. It aims at mitigating cruder forms of social inequality practiced over centuries.

Article 15 states that Right to equality also provides that no citizen can be subjected to any disability on the ground of race, religion, sex, or place of birth in such matter as access to places of public entertainment, use of public wells, tanks, roads etc.

1.   right to freedom of speech and expression

2.   right to assemble peaceful and without arms

3.   right to form associations or unions

4.   right to move freely throughout the territory of India

5.   right to reside and settle in any part of the territory of India

6.   right to practise any profession or to carry on any occupation trade or business.

5. The body that elects the Indian President is

The President is elected indirectly by an electoral college consisting of :

      elected members of both Houses of Parliament ; and

      elected members of the Legislative Assemblies of the States. (Note : The States include NCT of Delhi and Puducherry).

The election rule for the President and the Vice President 1952, which was amended in 1974 sets forth the following requirements for a person to contest for the post of the President.

(i)   A contestant’s name must be proposed and supported by 50 parliamentarians each for the election of President.

(iii) A declaration certifying that his / her name exists in the voter listing of his constituency is produced.