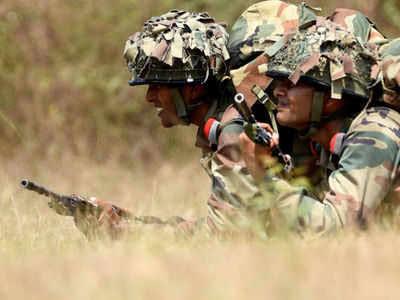 The Indian Army conducts routine military exercises every year. Exercise HIM VIJAY was one such endeavour.

This exercise was conducted in the India’s Northeastern state Arunachal Pradesh.

Three battle groups, each comprising 4,000 soldiers, are participating in the exercise at a height of 14,000 feet–100 kms away from the Line of Actual Control (LAC).

The drill was carried out in phases in the upper reaches of Arunachal Pradesh near Tawang, and ended on October 25. The exercises were held at a time when Chinese President Xi Jinping is set to visit India for the second informal meeting with Prime Minister Narendra Modi, in Mahabalipuram.

In this exercise, the capability of newly-conceived Integrated Battle Groups (IBGs) will be tested. The ‘Him Vijay’ will include troop mobilisation, mountain assault and air assault.

India’s Military Exercise – An Overview The engagement of our armed forces with foreign countries, including through military exercise, is reviewed from time to time and relevant steps, as required, are taken to engage foreign countries. During the last three years and the current years, about 72 joint exercises were conducted by Army, 39 by Navy, 21 by Air Force and 2 Tri-Service Exercises were conducted.