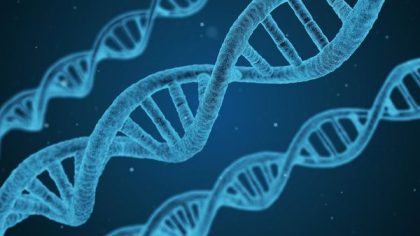 The government has cleared an ambitious gene-mapping project that is being described by those involved as the “first scratching of the surface of the vast genetic diversity of India”.

Genome : Every organism’s genetic code is contained in its Deoxyribose Nucleic Acid (DNA), the building blocks of life. The discovery that DNA is structured as a “double helix” by James Watson and Francis Crick in 1953, for which they won a Nobel Prize in 1962, was the spark in the long, continuing quest for understanding how genes dictate life, its traits, and what causes diseases.

A genome, simply put, is all the genetic matter in an organism. It is defined as “an organism’s complete set of DNA, including all of its genes. Each genome contains all of the information needed to build and maintain that organism. In humans, a copy of the entire genome – more than 3 billion DNA base pairs – is contained in all cells that have a nucleus”.

Previous cases of genome mapping : The Human Genome Project (HGP) was an international programme that led to the decoding of the entire human genome. It has been described as “one of the great feats of exploration in history. Rather than an outward exploration of the planet or the cosmos, the HGP was an inward voyage of discovery led by an international team of researchers looking to sequence and map all of the genes – together known as the genome – of members of our species”.

Beginning on October 1, 1990 and completed in April 2003, the HGP gave us the ability, for the first time, to read nature’s complete genetic blueprint for building a human being.

This is being spearheaded by the Centre for Brain Research at Bengaluru-based Indian Institute of Science as the nodal point of about 20 institutions, each doing its bit in collecting samples, doing the computations, and then the research. Its aim is to ultimately build a grid of the Indian “reference genome”, to understand fully the type and nature of diseases and traits that comprise the diverse Indian population. For example, if the Northeast sees a tendency towards a specific disease, interventions can be made in the region, assisting public health, which make it easier to battle the illness.

Purpose of the Project :

The mega project hopes to form a grid after collecting 10,000 samples in the first phase from across India, to arrive at a representative Indian genome. This has been found necessary as over 95% of the genome samples available, which are the basis of new, cutting-edge research in medicine and pharmacology, use the white, Caucasian genome as the base. Most genomes have been sourced from urban middle-class persons and are not really seen as representative. The Indian project will aim to vastly add to the available information on the human species and advance the cause, both because of the scale of the Indian population and the diversity here.

The Indian subcontinent has been the site of huge migrations. Scientists associated with the project recognise that while the first migrations were from Africa, later too there were periodic migrations by various populations, making this a very special case of almost all races and types intermingling genetically. This can be seen as “horizontal diversity”. Moreover, later, there has been endogamy or inter-marriage practised among distinct groups, resulting in some diseases passed on strictly within some groups and some other traits inherited by just some groups. This is what scientists term “vertical diversity”. Studying and understanding both diversities would provide the bedrock of personalised healthcare for a very large group of persons on the planet.